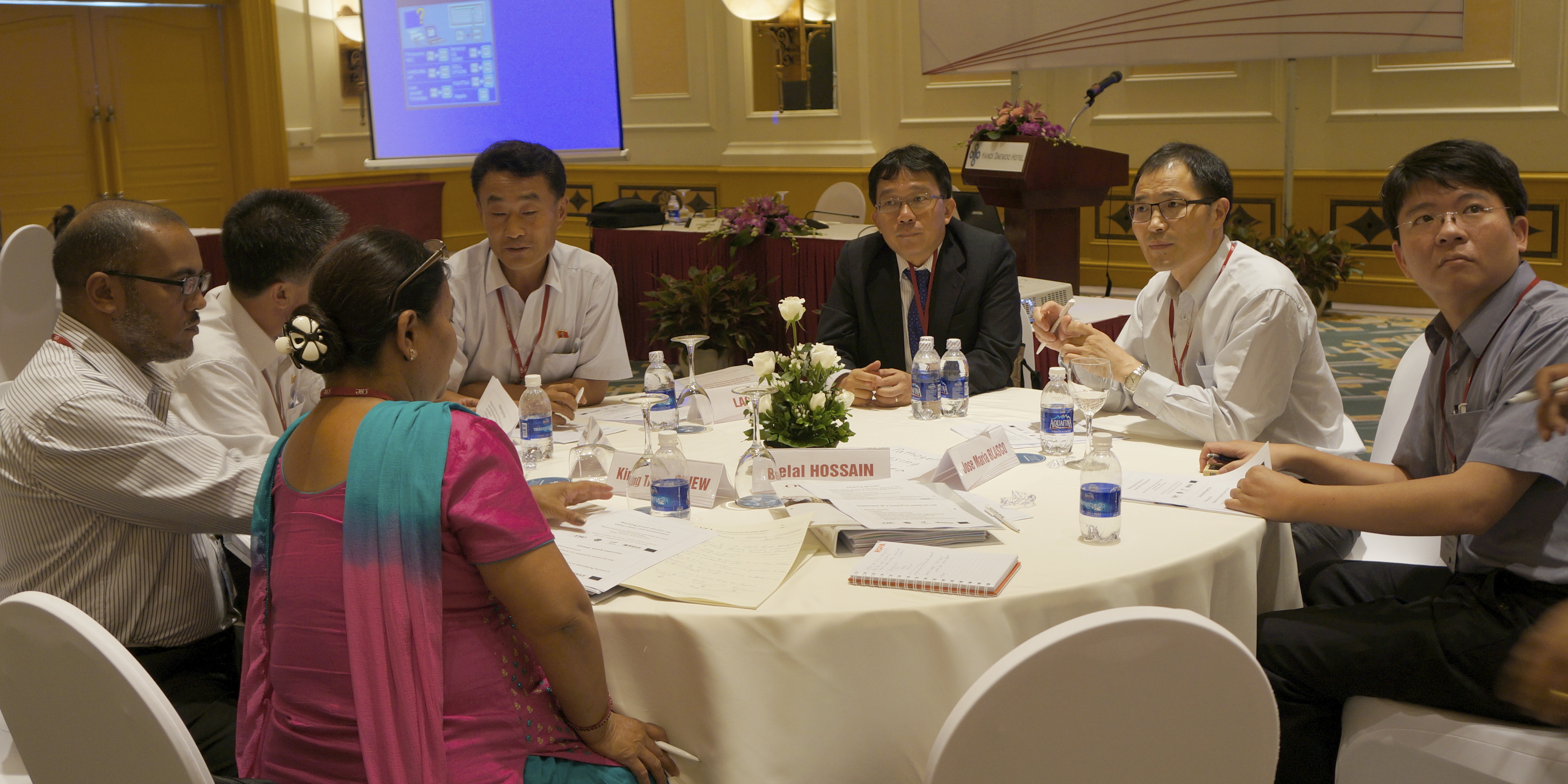 The OIE Sub-Regional Representation for South-East Asia organised the third Regional Seminar for OIE National Focal Points for Animal Production Food Safety in Hanoi, Vietnam, from 24 to 26 June 2014. The previous seminars were held in Singapore in October 2010 and in Tokyo, Japan, in November 2012.

A total of 42 participants attended the seminar, including 5 OIE staff, 4 resource persons and 33 country representatives from 27 OIE Members of the region, of which 22 were the designated National Focal Points for Animal Production Food Safety.

In her introductory speech, Dr Gillian Mylrea, Deputy Head of the International Trade Department at the OIE Headquarters, traced the history of the OIE’s activities in the field of animal production food safety and of its capacity building programme towards the OIE Delegates and their National Focal Points.

Dr Dong PHAM VAN, Director General of the Department of Animal Health, Ministry of Agriculture and Rural Development and Delegate of Vietnam to the OIE, welcomed the participants, affirmed his country eagerness to contribute to OIE activities and officially opened the seminar.

The programme consisted of plenary presentations and group work sessions, which fostered interaction among participants as well as with facilitators.

The first day commenced with the general presentation on the OIE, including the standard setting procedures, the terms of reference for the OIE National Focal Points for Animal Production Food Safety and an update on the OIE standard setting activities in the field of food safety as well as international and regional coordination between the OIE and the Codex, WHO and INFOSAN.

Prof. Katsuaki Sugiura and Dr Tze Hoong Chua made a joint presentation on the role of the expanded OIE Collaborating Centre for Food Safety, which was approved during the 82nd General Session of the World Assembly of OIE Delegates in May 2014. Half a day was then devoted to Food Safety Risk Assessment, including a plenary session and a group work exercise on four topics: pathogens causing diarrhoea; pathogens causing non-diarrheal zoonosis; antimicrobial resistance; and chemical hazard. The groups were requested to report on their work in specifying: statement of a hazard, livestock product and food, logic of illness, value chain, risk estimation, sensitivity analysis, and control option.

The second day was dedicated to the OIE PVS Pathway, starting with an overview of the Pathway and a presentation of the regional analysis of the PVS Evaluation and Gap Analysis missions conducted in South–East Asia with a focus on food safety. This was followed by a session focused on Food Safety Legislation, with a presentation of Vietnam Food Safety Law and an overview of the OIE standards on Veterinary Legislation and the related Veterinary Legislation Support Programme. A working group session was then conducted, in which participants were asked to work on an outbreak scenario (diarrheal disease cases due to Salmonella related to the importation of contaminated poultry feed) and to identify the actions to be implemented as well as their legal basis.

The third day (half day) was devoted to sessions on brucellosis in pigs and ruminants, and was ended by a working group session aimed at sharing experiences in implementing responsibilities as OIE Focal Points.