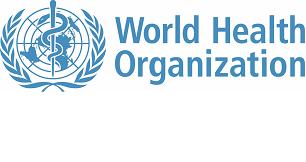 The science-based standards, guidelines and recommendations issued by WOAH are designated as the international reference in dealing with avian influenza. Its world network of Reference Laboratories and Collaborating Centres provides policy advice, strategy design and technical assistance for the control and eradication of these viruses. The worldwide spread of H5N1 avian influenza at the beginning of the 2000s, with its host of economic and health consequences, intensified the joint work of the FAO, WHO, and WOAH. Since then, the three organisations regularly exchange follow-up information on the global animal influenza situation, as one of their 3 priority topics. WOAH and FAO also launched the global network of expertise on influenza (OFFLU) in April 2005 to reduce the negative impacts of avian influenza originally, then expanded in 2009 to include all animal influenzas (swine, equine and wildlife) and to further support Veterinary Services in their efforts to reduce risks to animals and the public from animal influenza viruses.

Monitoring and controlling avian influenza at its poultry source is essential to decrease the virus load in susceptible avian species and the environment. Implementation of biosecurity measures, in line with World Organisation for Animal Health (WOAH, founded as OIE) international Standards, is key to secure the production sector and trade, to safeguard food security and the livelihoods of farmers (in particular in developing countries), as well as to limit the risk of human infection with Avian Influenza strains that have zoonotic potential.

Considering One Health is a collaborative, multidisciplinary, and multisectoral approach that can be used to address health threats, like Avian Influenza, at the human-animal-environment interface, the organisation supports its Members in establishing a multisectoral, One Health coordination mechanism (MCM) for Avian Influenza and other zoonoses in collaboration with FAO and WHO.

In Asia and the Pacific region, there are 4 WOAH Reference Laboratories for AIV, which are located in Australia, China, India and Japan. They can provide scientific and technical training for personnel from Member Countries, and coordinate scientific and technical studies in collaboration with other laboratories or organisations, including through the Laboratory Twinning programme. Members in the Asia Pacific region have been submitting AIV samples (free-of-cost) for disease confirmation and further molecular characterization in these reference laboratories that has greatly strengthened disease diagnosis/surveillance and implementation of control activities”. RRAP has also supported some Members participate in AIV Proficiency Testing programs.

Other Resources and Materials on Avian Influenza