African Swine Fever has been spreading globally for several years and since the first reports of the virus into China in August 2018, there has been increasing concern over this disease in Asia and the Pacific. With over 60% of the world’s domestic pig population the impact of this disease in the region cannot be underestimated. Under the FAO/WOAH GF-TADs umbrella a standing group of experts was formed in Europe to help coordinate efforts, share information and develop best practices for prevention and control of ASF outbreaks. A similar approach is now being used in Asia and learning from the experiences in Europe and taking into account the current situation in the region, the GF-TADs standing group of experts on African swine fever (SGE-ASF) for Asia was launched in Beijing, China on 10th April 2019. 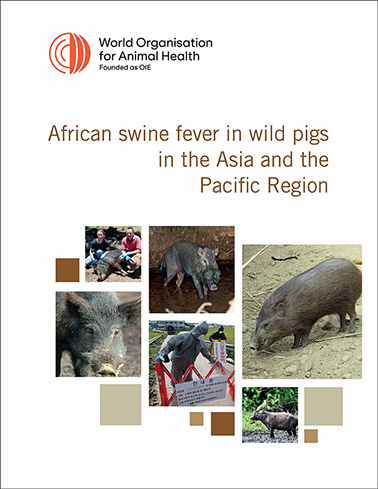 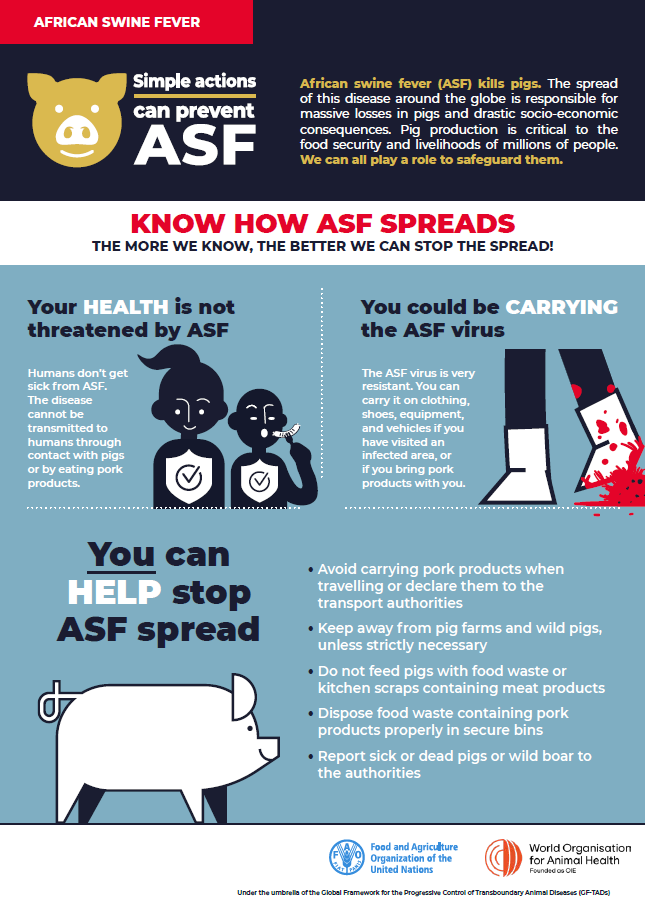 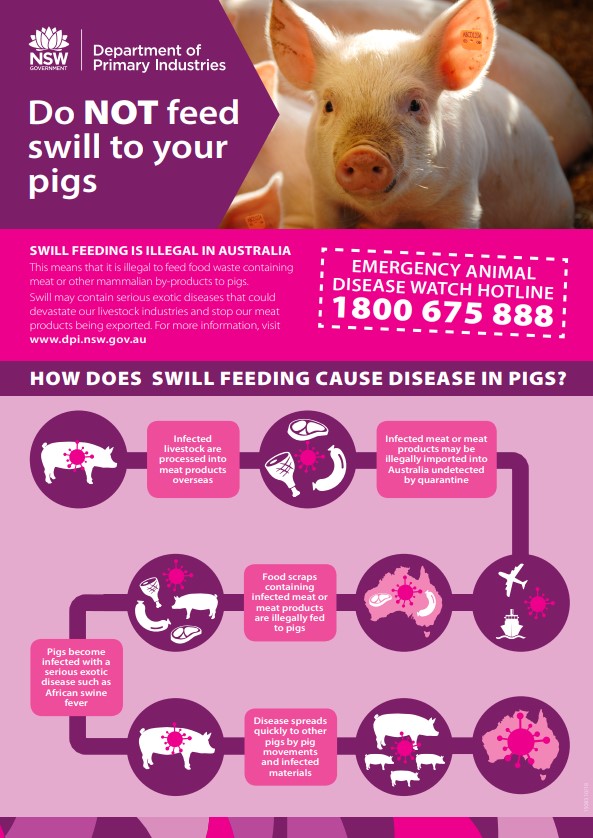 Awareness and Other Materials from Members

Other Resources and Information on ASF