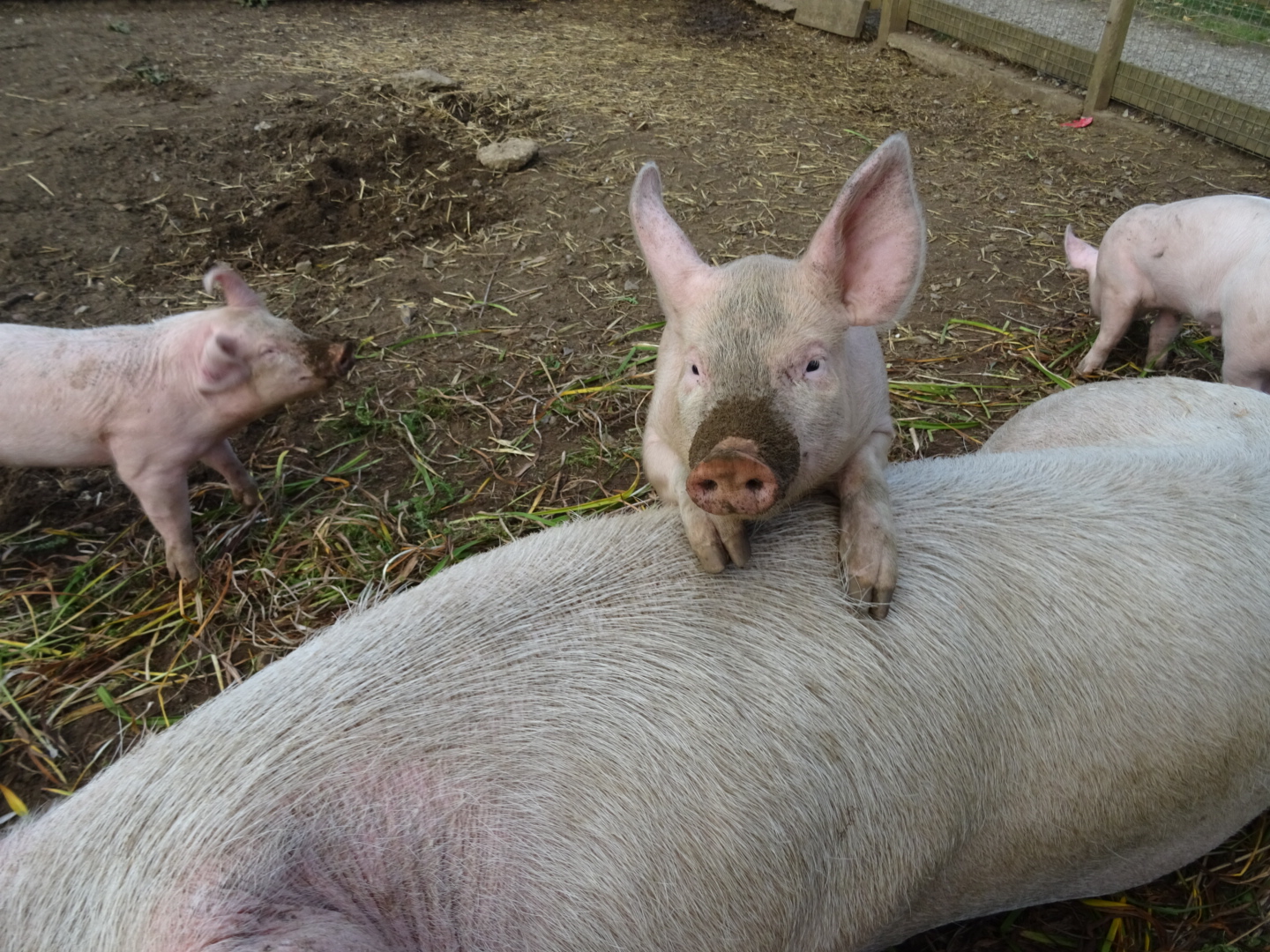 Taenia solium (T. solium) is a zoonotic parasite of pigs and occasionally of other animals. The disease is endemic in large areas of Asia. Neurocysticercosis is the most severe form of human infection by the larval stage of the parasite and causes neurological disorders. Cysticercosis, although normally clinically inapparent in pigs, is associated with significant economic losses due to carcass contamination and decreased value of pigs.

Infection with T. solium of pigs is listed in the World Organization for Animal Health (OIE) Terrestrial Animal Health Code and must be reported to the OIE.

Infection with the tapeworm Taenia solium can result in two distinct conditions: taeniasis and cysticercosis. Taeniasis is the intestinal infection with the tapeworm and it occurs when a person eats raw or undercooked, infected pork. Taeniasis has no major impact on human health. However, tapeworm eggs pass in the faeces of the tapeworm carrier and in the absence of a proper sanitation may contaminate the environment. While tapeworm eggs are infective for pigs, T. solium eggs may also infect humans if they are ingested by a person (via the fecal-oral route, or by ingesting contaminated food or water). Ingestion of tapeworm eggs causes infection with the larval parasite in the tissues such as muscles, skin, eyes and the central nervous system (human cysticercosis), with possible devastating effects on health. When cysts develop in the brain, the condition is referred to as neurocysticercosis. Neurocysticercosis is the most frequent preventable cause of epilepsy worldwide.

Other species of Taenia do not cause major public health problems.

Geographical distribution in our region

T. solium is found principally in non-Islamic countries of Asia, including India and China (People’s Rep. of) in areas with poor sanitation and free-ranging, scavenging pigs. 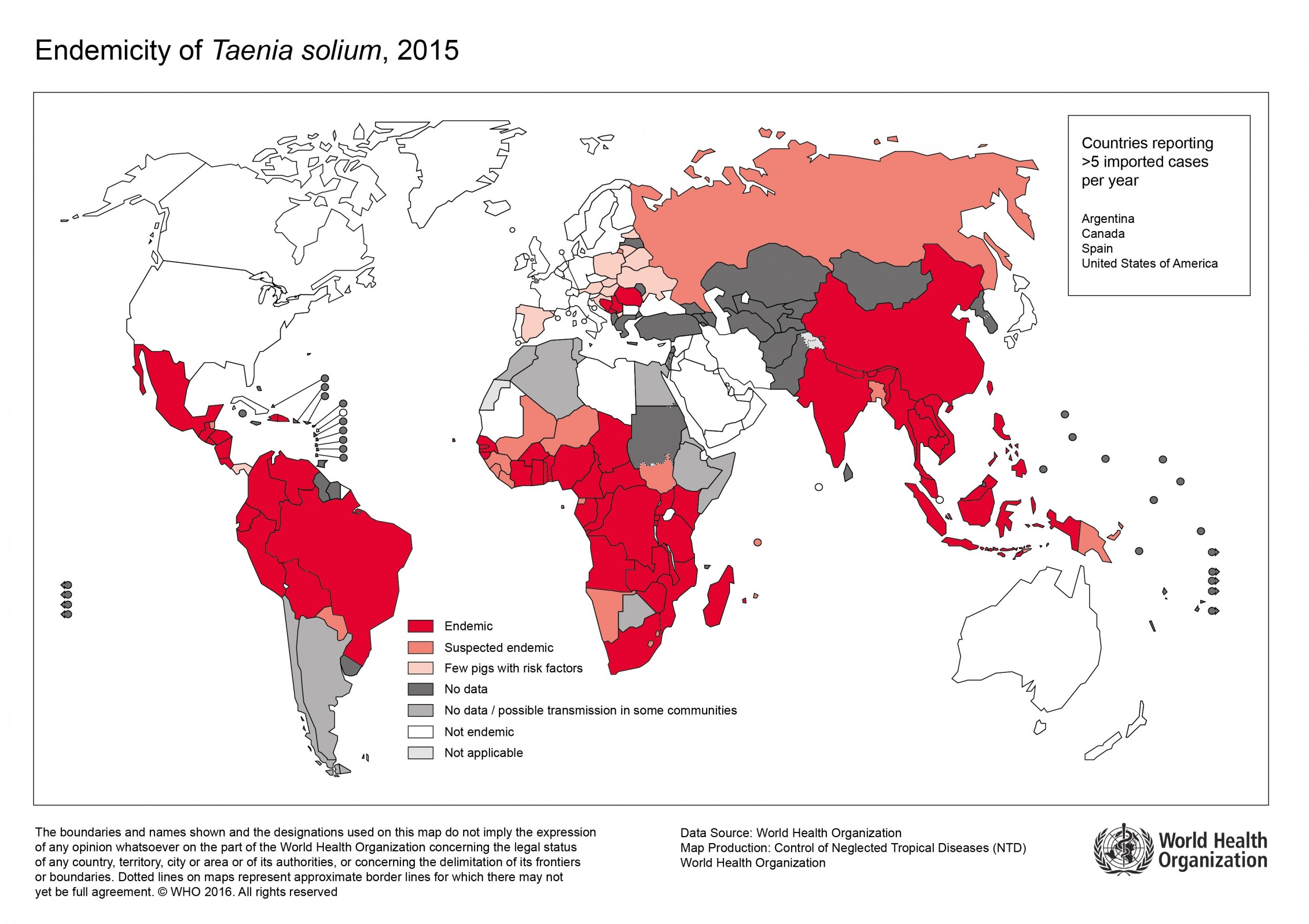 In Asia and the Pacific region, we have OIE Reference Laboratory for Cysticercosis and  OIE Collaborating Center for Foodborne Parasites, which are located in Lanzhou Veterinary Research Institute, Chinese Academy of Agricultural Sciences, and Jilin University, China (People’s Rep. of) respectively. These two OIE Reference Centers have independent capabilities and skills to perform diagnostic tests and characterization for Taenia species. They also work to develop new diagnostic methods and produces reference reagents. Further, they can provide training, expertise, scientific and technical support to laboratories in this field for regional members if necessary; and can also provide advices on national or regional control policies as well as related educational activities.

OIE is also addressing other food safety related issues and collaborating with FAO and WHO to promote multi-sectoral approach to control and prevent foodborne and zoonotic parasitic diseases.

Relevant activities and materials by Members

Other Resources and Materials on cysticercosis