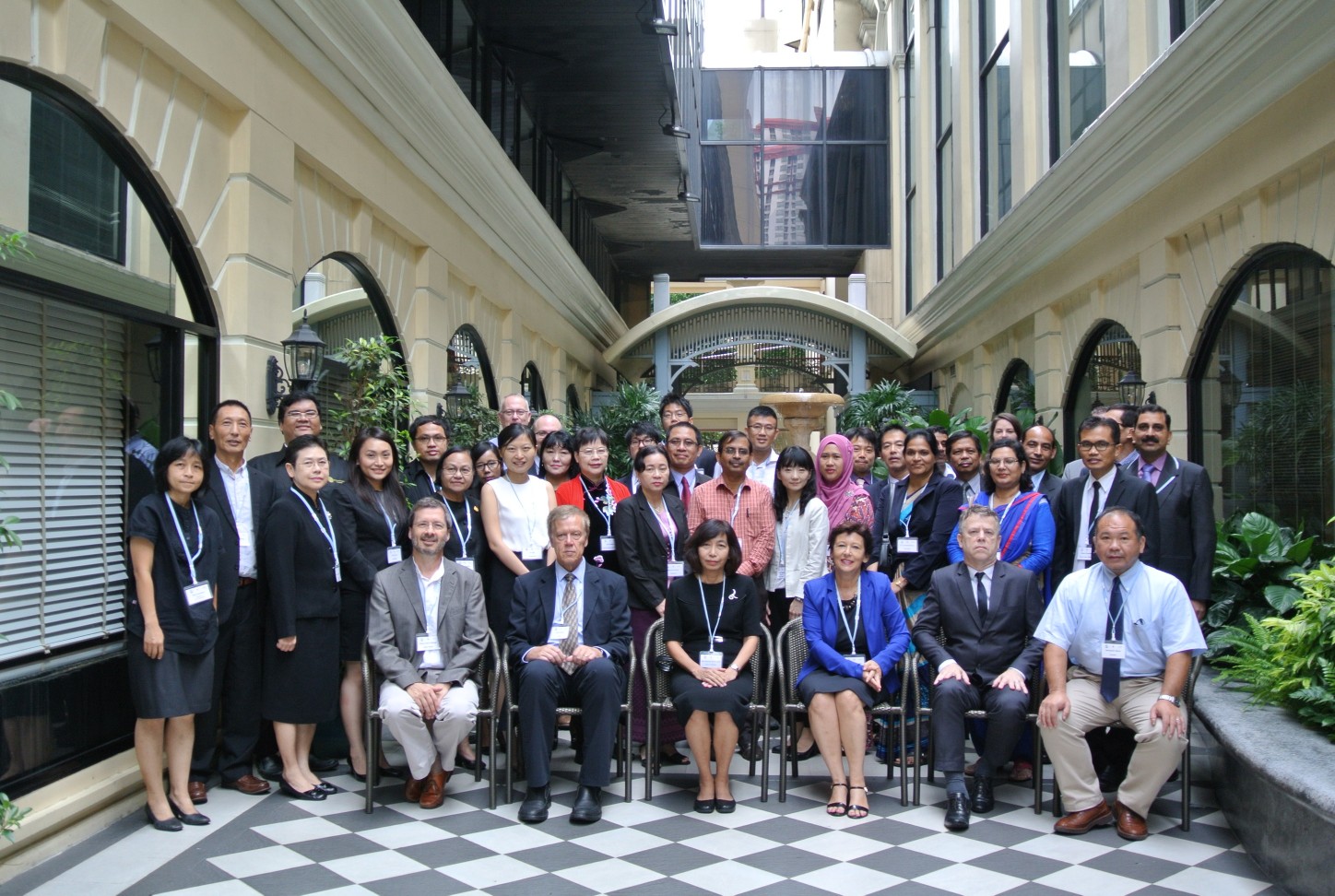 Brucellosis has been considered an economically important and neglected zoonotic disease in the region and therefore, a series of workshops have been organised on the disease since 2008. However, the main focus of previous workshops have been in laboratory diagnosis and laboratory capacity building.  During the last FAO-OIE workshop on neglected zoonoses in 2015, development of a brucellosis control and eradication strategy to be pursued was one of the recommendations. In the same workshop tuberculosis was also identified as one of the five priority neglected zoonoses in the region for which no separate workshop was conducted earlier. Growing problem of antimicrobial resistance (AMR) and in particular issues regarding multi drug resistance (MDR) of tuberculosis in humans prompted us to organise the workshop with the following objectives and expected outputs.

In total there were 45 participants including 15 country participants, three national experts, six observers from Thailand, Australia and Japan, two brucellosis experts, one tuberculosis expert, and resource persons and facilitators from FAO, OIE and WHO.

The main objectives of the meeting were to update participants on the disease situation globally and in the region, and the associated burden of animal brucellosis and tuberculosis in Asia, Discuss effective means or options for the prevention and control of the two diseases considering their socio-economic impact.

The meeting was opened by Dr Wirongrong Hoonsuwan, Officiating Director General, Department of Livestock Development, Thailand, She spoke about the growing significance of brucellosis and tuberculosis and how Thailand has been giving importance to the two diseases. She appreciated OIE and FAO for organising this important workshop which will help in ensuring the recognition of the diseases apart from building the capacities of the participants/member countries. She also acknowledged the recognition of National Institute of Animal Health (NIAH) Thailand as the OIE reference laboratory for brucellosis.

The FAO-APHCA/OIE joint workshop was conducted adopting a multitude of approaches; i) Lectures from disease experts from the OIE reference laboratories or other institutions, or lead persons from the FAO and OIE headquarters,  ii) Country poster gallery session on the policy, strategy, capacities and limitations was  preceded by three minutes flash talks from the country representatives focusing on key policy and strategy, main success stories and limitations, iii) Panel session on surveillance and control of brucellosis and tuberculosis from selected countries focussed on activities being conducted in these respective countries where control programs are being implemented, v) A group work session on the surveillance of the diseases followed by a SWOT (strengths, weaknesses, opportunities, threats) analysis exercise on the existing prevention and control programmes were facilitated to capture some options and guide for developing prevention and control plans for the two diseases.

Three invited technical experts from China, India, and Thailand provided technical presentations on brucellosis and tuberculosis and also provided in-depth overviews on the current situations in their respective countries, which supplemented the input from national representatives and other participants from FAO, OIE and WHO.